There is something about our older outback towns that simply grabs your heart and mind. Charleville does just that.  The shopping precinct is nothing special; that 3500 people have such basic retail opportunities is surprising.  More so that only a few of the buildings are worth a second look, and yet the town just has a zing and appeal. 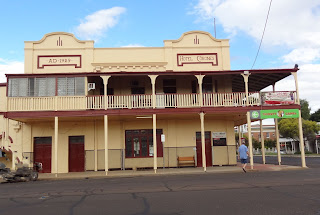 Hotel Coronas - A fine pub, and Charleville's most impressive building Just which way did you say I should go?
It doesn’t matter which route you choose to get there, you need to traverse many kilometres of scrub with little visual excitement. 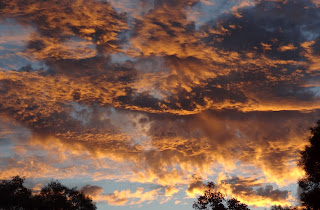 While this may be seen as good reasons to avoid the town, there is one giant reason not only to drop in if you’re in the area, but to take enormous detours to go there.  The Charleville Cosmos centre is an amazing facility that both explains (in really simple but informative steps) the structure of the universe and then offers the chance to look at it through the wonder of powerful telescopes.
We were totally gobsmacked by what we were able to see – that little star is really a cluster of small stars, and the moon does really have many craters. As a finale’ we were able to see something that must rate as a lifetime memorable moment: Saturn, in all its glory. The rings of Saturn were crystal clear as were the shadows cast by the rings upon the planet. 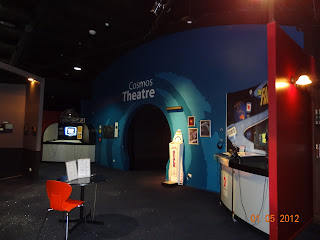 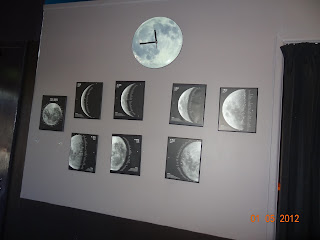 After 3 nights, we pushed north to Blackall, and while stopped for lunch at Tambo we went for a walk. This little walk resulted in us adopting a new travelling companion (at a price). Ever since we have been travelling we have been accompanied by “Harry”, a teddy bear that came into Shirl’s life 8 years ago while at Harrods of London. When leaving Brisbane a week ago, I discovered that we had picked up a ‘hitch-hicker’:  Lady Millicent Cholmondeley, who goes by the name of Millie now shares our journey. Our new Tambo Teddy (Nash) simply jumped off the shelf and into Shirl’s arms – that’s her story! 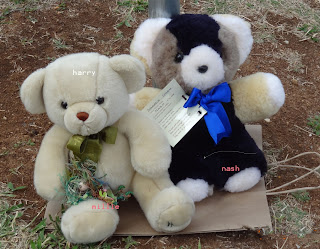 Harry on the left, Nash (Harry's new friend), Milly on Harry's knee
Two nights at Blackall enlightened us to their famous son Jackie Howe the shearer.  Way back when sheep were shorn with hand shears, Jackie managed to relieve 321 sheep of their wool within 7 hours and 40 minutes (1 minute, 26 sec each). The week before he had shorn 1437 sheep in 44 hours & 30 minutes (standard working week) – this works out at just under 1 min 52 secs each. The daily record was not broken for 58 years, and then only with machinery shears. While in Blackall we also took the chance to visit Australia’s last steam driven Wool Scour – I bet that confuses you!  This ‘factory’ was used to wash the wool prior to sale. The depth and vigour of the manual labour needed to keep this monster of mechanical marvel running is mind-boggling. Even keeping the wood fired steam engine in fuel produced mind numbing thoughts – it consumed 15 ton of Gidgee wood per day, and that had to be cut with an axe (no chainsaws back then!). The wood was so hard that an axe needed to be resharpened every hour – to save time the axemen started work with 10 axes already prepared. 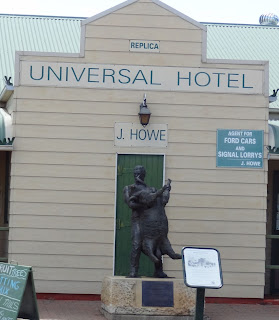 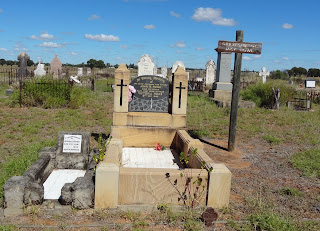 Jackie Howe's Grave.
Noting the volumes of dirty wool that were processed, plus the smell of the animal fat used as machinery lubricant, the smell must have been unbearable. 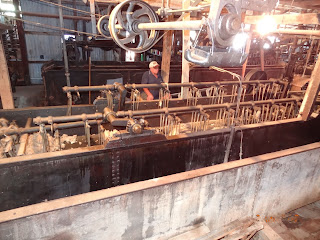 Many towns in Australia lay claims to be the home of the “Black Stump” – that place that defines here, and there, and beyond the black stump. Blackall has one of the better claims given that it has some form of official imprimatur. When Blackall was being formally established, an old tree stump was used as an official survey marker to define just what the boundaries of local towns, shires, and free land were. The original has long rotted away so the locals have replaced it with a petrified log from the local area. 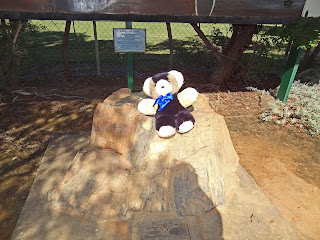 Nash, sitting on the Black Stump