We arrived at Lake Cargeligo just after lunch and went to their one and only CP. Small park but nice, with two very large buses also there (both also had trailers with cars on the back). We went for a drive around the town and checked out the lake. People are not allowed to go onto the lake at the moment because it is so low.
Arrived in Cowra Friday afternoon and booked into the park. The man directed us to the site as he did everyone, some small sites for pop tops. Checked out the town later in the day. It was cold overnight, we needed another blanket on the bed. We found these brown marks on the car and part of the van and thought they might be bat droppings. Turned out to be Possums droppings, Ian washed it off, yuk smelly and messy. After lunch we met Nancye and Geoffrey Anderson at info centre at 3pm for coffee and talk. Then we checked out the information centre on what to do for the next few days. 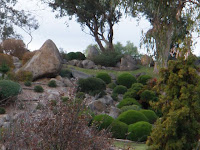 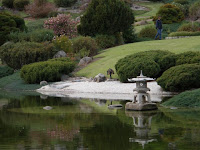 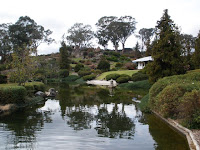 Sunday we went to the Japanese gardens in the morning, what a wonderful place, so calming and serene. We spent 2 hours there just wondering around and sitting and looking and had coffee after in their cafe. Then off to the cemetery both Cowra and Japanese graves plus the site of the 1944 breakout by the POWs. Sad place, very well presented and respected. 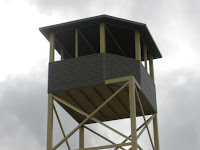 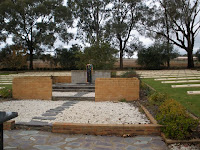 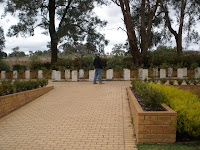 That night the possums returned around 12 midnight, Ian went outside to chase them off. Then it rained and they went somewhere else. Rainy miserable morning, I can't get the DVD to work and now the TV wont work either. This afternoon we drove out to Wyangala Dam, this is what 6% full looks like. 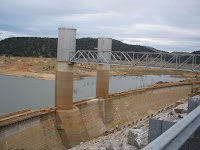 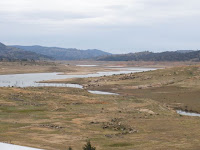 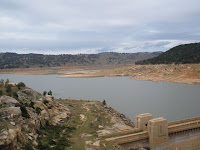 Home Tuesday, met some very nice people and had great time. We will go to warm places next time.
Posted by Cob and Oma at 10:39 AM