Aussie Wide are sending the part for our hose to our home, so we will fix it when we get home. It isnt causing us any problems so far.
On Tuesday, off we went to the Holden Museum and Ian was in awe. Cars sure have changed over the years. Lots of memories of days gone by. 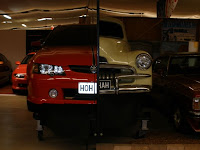 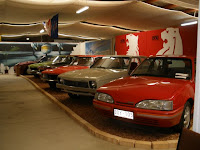 In the afternoon we went to the Historical Museum. The paddle steamer era certainly made Echuca; there was lots of information and examples of olden times in Echuca. Well worth the visit.
There are lots of ducks in this CP. Swimming in the pool, walking around the park and sitting under cars. The man hunts them from the pool by throwing large plastic water bottles at them as they land in the pool, and he hoses all the #$%*#* off the tiles every couple of days. A duck stole Shirley’s croc in the evening and Ian found it under the van. Well we assume it was a duck as something had been on our roof and Ian chased it off by banging on the ceiling.
Wednesday - Went on the Echuca Port walk and tour today. Echuc 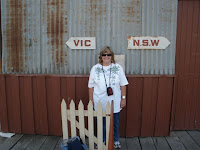 a was a bustling town in the late 1800s, 78 pubs, 1200ft wharf and hundreds of paddle steamers coming in each day. The town has thrived since 1973 when someone decided to go the tourist route and it has worked. 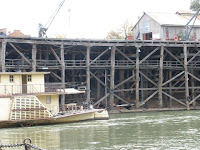 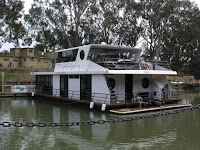 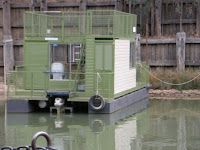 In the afternoon, we did a cruise on the paddle steamer Pevensey. This was the actual vessel used in the 1984 TV mini series "All the Rivers Run" (they renamed it "Philadelphia" for the show). Many houseboats moored along the river, both luxurious and small.
Of great interest to us were the trees that just hang onto the banks by the thinnest root. Mighty Red Gums clinging on by the barest margins.
On Thursday we went to Barmah on a Kingfisher cruise. The mighty Murray is very different here, low banks but huge river red gums off to the side and fallen into the water. The red gums need flooding to keep them alive, so they do it artifically by releasing a flush of water from Hume Dam every three years. They couldnt do it in 2008 as there wasnt enough water, so now not till 2011. The river here is full of birdlife, we need a book on birds to work what they are. 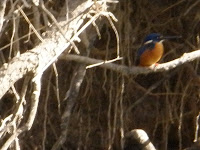 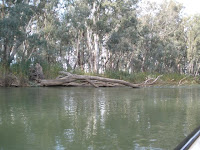 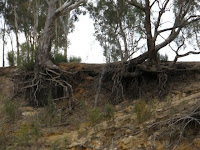 Friday we started on the wineries and went to Chanter Wines, St Annes and the Old School Winery. Mostly wines of the sweeter types. We bought some, of course. The Old School Winery makes mead wine, ie with honey; very nice and we had some mulled (warmed with spices).
Saturday it was off to the Great Aussi 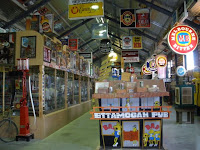 e Beer Shed. What a fascinating place. He gives everyone a tour and he has cans, bottles, glasses, syphons, barrels and anything and everything about beer in Australia. Old ice chests, plus petrol pumps, telephones and signs everywhere. He has over 34000 cans and is expanding into accommodation this year. 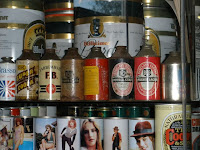 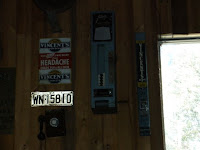 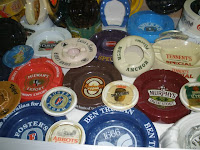 Tomorrow we are off to Griffith.
Posted by Cob and Oma at 4:13 PM